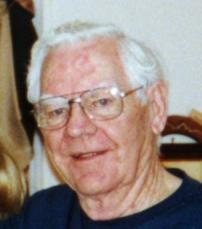 Reilly, Thomas Patrick Sr, 84, born April 6, 1920 in Brooklyn, NY, passed away on December 12, 2004 in Surprise, AZ. Tom was the youngest of nine children, and one of only three brothers to survive to adulthood. He joined the CCC and traveled to Idaho to escape the depression, then enlisted in the Army Air Corps one month before the attack on Pearl Harbor.

He served as a radioman with the 34th Bomb Squadron 17th Bomb Group during World War II in B-26’s and chased Rommel across North Africa and into Italy. He was awarded a Purple Heart, Distinguished Unit Badge, and several other honors for his service.

Tom moved to Phoenix in 1953, eventually working for General Electric and Honeywell as a Process Data Engineer for over 25 years. He loved to explore the state he adopted, and probably drove every paved road and many of the unpaved roads in Arizona.

He was one of the nicest people I've known, always ready with a smile. I was always happy to see him or speak with him. I will miss him (Bob Reilly, nephew)

He is survived by his wife Sheila, daughter Tricia Byrns in North Carolina, son Tom Jr. in Phoenix, grandchildren Jennifer Byrns, Melissa Byrns and Colin Reilly, and his brother John in New Jersey.

And here he is at 4 years old! 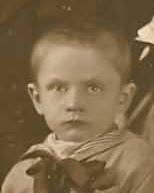