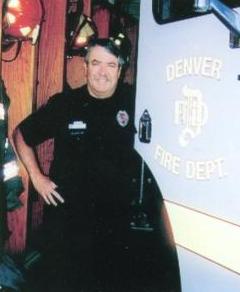 Richard Edward Reilly, 56, was born to Edward and Barbara Reilly in Queens, New York on January 18, 1950.  He has one older brother, Robert.  The Reillys moved to South Florida in 1952 and made their home on Key Biscayne.  He was a proud graduate of Admiral Farragut Naval Academy where he met lifelong friends Phil and Joanne Sarris, Gerald Peters and Jay Kaiser.

He later joined the US. Navy.  When he returned, he met Kathleen Hickey who became his wife of 28 years.  They moved to Gainesville and he earned a degree in journalism from the University of Florida.  Richard and Kathy then moved Denver, Colorado where they raised two children, Erin and Kevin.

Richard found a career and brotherhood with the Denver Fire Department that lasted over 28 years.  Although Richard and Kathy divorced, the family remained strong.

His life was complete when he met Stacie Schiffman, his companion, tennis partner and friend until his death, due to a heart attack while diving off the South Florida coast, April 9th, 2006.

Richard led a very fun, giving and complete life.  He touched the lives of many people.  The accomplishment Richard was most proud of was his children who show great pride, respect and admiration toward him.

Following is the eulogy given by his brother Robert

I never thought I’d lose my kid brother to a heart attack.  A plane crash or a car crash, or even a poison arrow, maybe - Just goes to show you - Life is fleeting, live it well.  I thought we were going to see each other last Christmas, for the first time in 9 years, but he couldn’t make it.  Ok, then -  I realistically hope to see him again, in the next world.

A sickly child who grew to a strong man

Let me tell you the funniest anecdote about Richard --

When we were both kids, every adult was always asking us (nauseatingly) “What do you want to be when you grow up?”.  I wanted to be a pilot, all the other kids wanted to be doctors or nurses or teachers or policemen or even firefighters.  But Richard said “I want to be a millionaire, then I can do whatever I want”.  So he wound up being a firefighter.

That’s’ when I realized the true meaning of IRONY.

He was a good firefighter and a good man and we will miss him until we are reunited in God.

Here's the obituary from the Denver paper:

Richard Reilly of Key Biscayne and Lakewood, Colorado died in an untimely and unfortunate diving accident, April 9th, 2006 off the South Florida coast.  He was a Lieutenant with the Denver Fire Department.  This picture is from 1st

Proud Denver Firefighter, U.S. Navy Veteran, BSA Wood Badger, and friend. He will be missed. Memorial Irish wake will be held at 1:00 p.m. on April 21, 2006 at the American Legion Post 1, 5400 East Yale Avenue. Memorial gifts can be made to the Denver Firefighter's Burn Foundation.